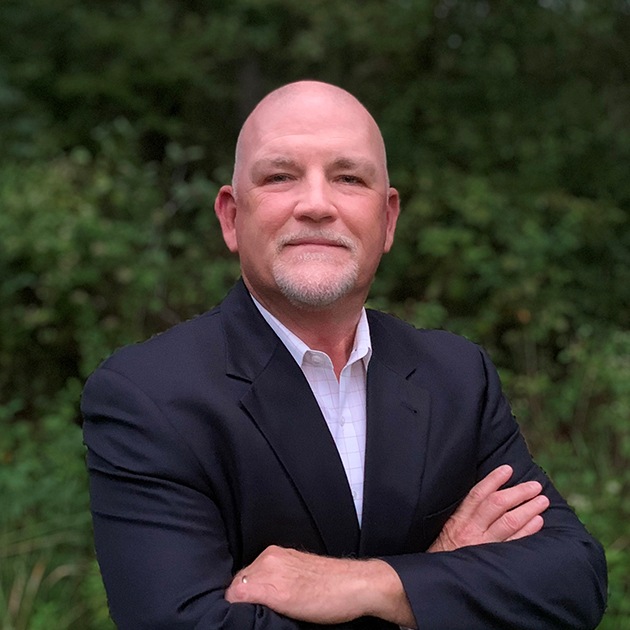 ““Taste and see that the LORD is good; blessed is the one who takes refuge in him.” Psalm 34:8”

Jim came to HGA after spending more than 23 years in the oil and gas industry, working with pipeline operators such as Louisiana Gas Service Company, Mustang Engineering, Kinder Morgan, Chesapeake, and Devon Energy. He is now a Director of Pipeline Services for HGA’s Pipeline Division in our The Woodlands, Texas office.

Jim has deep experience in the oil and gas sector and has helped establish the HGA brand in the Houston market. In his role, Jim has successfully helped open HGA offices in the Midland and Fort Worth, Texas areas. Additionally, he managed employees and operations through two oil and gas market contractions while maintaining customer focus and profitability for all the HGA service areas.

Jim earned a Bachelor of Science degree in Petroleum Engineering from Louisiana Tech University and served as Vice President of the Society of Petroleum Engineers while there. He also played football for 3 years under various coaching staffs and baseball for 2 years under Coach Pat Paterson. He’s been involved with The Pipeliners Association of Houston since 2001, volunteering for the Golf and Sporting Clays Tournaments. In 2016 he became Chairman of the Sporting Clays Committee and is currently serving as the Houston Pipeliners Vice-President for the 2020-2021 year. Other previous industry and societal positions held were board alternate for Louisiana ONE-Call, past board member and President of the Association of Louisiana Utility Councils, member of the Monroe Jaycees as Secretary and Chaplain working with the Miss Louisiana Pageant, Muscular Dystrophy Association, and the Special Olympics as Financial Director. He also officiated high school football for 15 years which included numerous playoff games and State Championship and All-Star Games in Texas.

Currently, Jim lives in Spring, Texas, and his primary passions are his faith, family, and the outdoors. He has been married for 30 years and has three sons and a daughter-in-law. His wife, Laura, graduated from Ruston High School and Louisiana Tech. The oldest son, Jonathan, is in medical school at the University of North Texas and will be finishing up his last year. He plans to further specialize in surgery. The middle son, Ryan, is a Senior at Sam Houston State majoring in Business Management and Will, the youngest, will be a Freshman at the University of Texas – San Antonio majoring in Physics. Jim also enjoys working with his church and mission organizations and has made numerous trips to Nicaragua and El Salvador on foreign mission endeavors. He has also made numerous trips with North Monroe Baptist to help build churches in the South and Southwest portions of the US. As time permits Jim volunteers at Mission Centers of Houston and Katy Christian Ministries to assist with logistics and rebuilding facilities. He squeezes in hunting, fishing, sporting clays, and a round of golf when he can with family and friends.