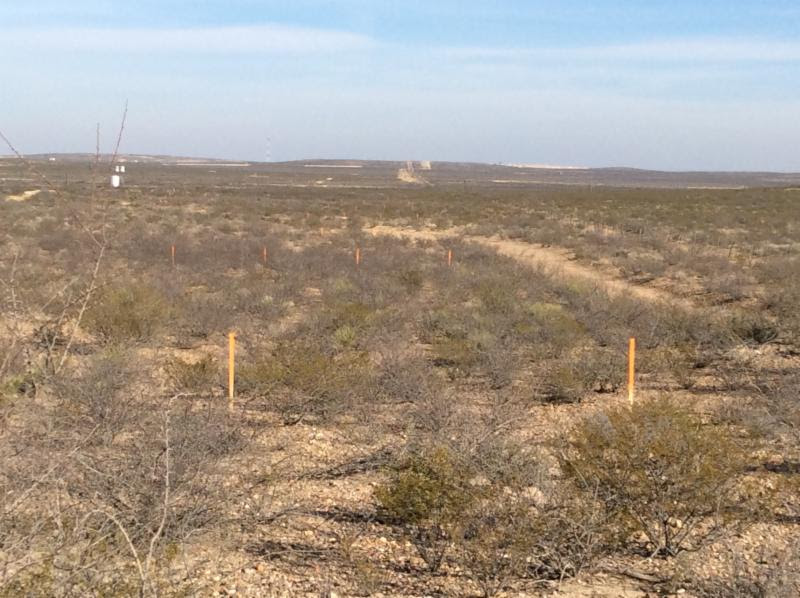 The advanced capabilities of our HGA field survey and GIS teams allow them to produce property plats and construction alignment sheets significantly more efficiently and at a higher quality than in years past. By utilizing our processes for gathering field data and processing it using our current GIS based software, we have been able to reduce our time to complete these plats and alignments by nearly 40%.

Anadarko has been very active in the Delaware Basin, and required the expansion of three major gathering areas in Reeves County. HGA was awarded the survey and design work for Reeves County Area A, which was one of the largest of the areas. Area A includes over 200 miles of pipelines ranging from 8″ to 24″ to gather and transport oil, LP Gas, HP Gas, and produced water.

HGA began the field alignment surveys at the end of January as permissions were given by landowners, and completed the initial field work within six weeks. The resulting surveys allowed HGA’s pipeline designers to start the next major undertaking of producing all of the property plats. The first plats were issued in less than 2 weeks, and over the next 6 weeks, approximately 470 plats were issued. This is due in large part to the quality of HGA’s field survey staff and HGA’s advancements in utilization of GIS technology. HGA is now in the process of preparing 430 pipeline alignment sheets, and approximately 145 piping drawing packages by the end of June. This project is slated to be completed in only five months, and HGA is currently on schedule and under budget.

To pull off a project of this magnitude in this timeframe takes dedication and teamwork. Once again, HGA is providing a valuable service and growing a stronger relationship with a core client. HGA is eager to see Reeves County operational, and looks forward to more opportunities.